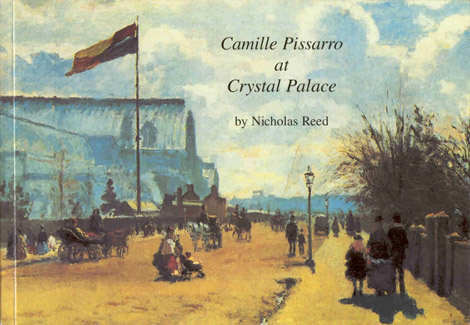 This third edition of Nicholas Reed’s book about Camille Pissarro and his paintings of the Norwood area (it is rather more than a booklet) is both revised and enlarged, and includes an 8-page supplement of discoveries from 1993 to 1995 of further examples of Pissarro’s work, and their location. The paintings are reproduced in colour, and matched with later photographs taken from his seventeen viewpoints. Interwoven are nuggets of local history, and many will find these of considerable interest, quite apart from appreciating Pissarro’s genius and his Impressionist interpretation of various parts of Norwood.

The title of the book does not reflect all that it contains, and it is certainly not a bald recital of Pissarro’s paintings. Nicholas Reed has gone to a great deal of trouble, and carried out much research, to provide a companion to those who enjoy a good walk with lots of interest in local history. He has carefully planned several tours which take in Pissarro’s scenes, and explains in his detailed vade mecum how they have changed over nearly a century and a half since he painted them, and the features that can still be identified. In publishing the results of his research Nicholas Reed has done Norwood a great service, and deserves the tribute that once started the book is difficult to put down.